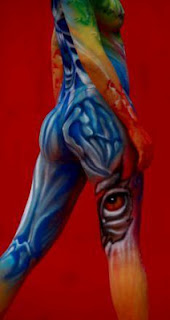 A naked fashion model arrested last summer during a body-painting project in Times Square has settled her lawsuit against the city.

Lawyer Ron Kuby says West never should have been arrested. He says public nudity is legal in the city if it's part of a performance, exhibition or show.

The lawsuit was filed in federal court in Manhattan. West alleged she was arrested in violation of her rights while being painted by artist Andy Golub.

West says she has no regrets. She says the episode put her "on the map in a positive way."

According to The New York Post, West will receive $15,000 compensation as a result of the settlement.

“The beauty of New York City is a naked girl can win a nice suit,” Kuby told news media. 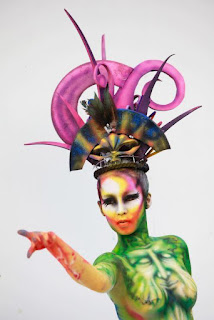 There are hundreds of colourful women taking part in the International Body Painting Festival in Daegu, South Korea.

Intricate designs are being carefully applied to model's bodies to create walking works of art, but ladies and gentlemen - these are not for sale.

The models are invited to use materials and accessories that compliment their overall appearance.

The bodies are painted with many different materials and techniques, and often combined with the jaw-dropping costumes and show effects.

Entrants are invited to enter three competitions, including most photogenic model, best body-paint, and best fantasy make-up. Sounds titillating and enticing doesn't it.

Hundreds of artists from all over the world compete in the competition, which has been held in Colon Field Concert Hall, in Duryu Park, Daegu, since 2008.

Visitors to the festival can buy their own painting supplies and make-up should they desire to have a go in the privacy of their own home.

Hours are spent making up each model before she presents herself to the judges for careful consideration.

More often than not models leave little to the imagination as all that stands between them and the onlooker is a thin coat of paint.

At the conclusion of each evening there are performances from some of Asia's best musical acts and fireworks to compliment the body-painting. 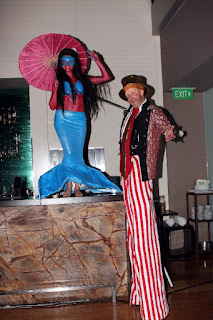 Australian bodypaint lovers will be delighted to learn that the world famous Hilton Hotel Sydney often has bodypainting themes at the Zeta Bar on Friday nights - their latest promotion being 'Coney Island'.

One thing is for sure... bodypainting and bodyart will continue to have massive appeal the world over as individuals and corporate brands continue to strive to stand out from the pack.

Go on - paint the town pink (or whatever other colour tickles your fancy).