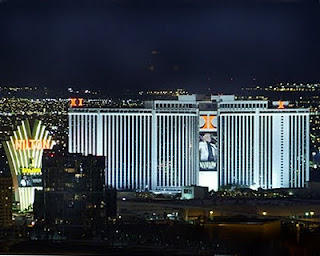 The Las Vegas Hilton will have a new name next year.

Known as the International Hotel when it first opened in 1969, the historic hotel changed its name to the Las Vegas Hilton in 1971. On Jan. 3, the hotel will be known as the LVH-Las Vegas Hotel & Casino, according to its owner Colony Resorts LVH Acquisitions LLC.

"If LVH-Las Vegas Hotel & Casino is the new name, it can't be anything but a placeholder," said David G. Schwartz, director of the center for gaming research at the University of Nevada, Las Vegas. "It's not a viable name for a property."

Schwartz said the name chosen by Colony Resorts "shows they don't have a lot of options."

The application said the mark would cover hotel, restaurant, lounge and bar services; arena services, including providing facilities for sports, concerts and exhibitions; casinos and casino gaming; wagering services and entertainment in the form of live performances by bands.

The property on Jan. 1 was set to lose its franchise rights to use the Hilton name unless a deal could be worked out with Hilton Worldwide, which owns and licenses the name.

"The only options are to revert back to the Hilton name or you sell it to somebody that can invest in a real name change," Schwartz said.

Neither Hilton Worldwide nor Colony Resorts would comment Wednesday on the specific reasons for terminating what will have been an eight-year business relationship at the end of the current contract.

"Hilton Worldwide has 17 hotels, representing six of its brands, in the Las Vegas area," the company said in a statement Wednesday. "We continue to explore a number of projects in strategic markets and currently have the greatest development pipeline in our history."

The name change is just one of the challenges facing the property.

In a filing with the Securities and Exchange Commission, Colony Resorts sought and received permission to delay the filing of its third-quarter financial report.

"Colony Resorts LVH Acquisitions LLC is not able to file its quarterly report ... for the quarter ended Sept. 30, 2011 on or prior to Nov. 15, 2011, without unreasonable effort or expense due to the company's inability to determine the fair value of the company's assets," the company said.

On Oct. 20, Clark County District Court Judge Elizabeth Gonzalez gave the casino more time to defend itself against Goldman Sachs' effort to foreclose on the 64-acre property and install a receiver to displace the current management.

Colony Resorts disclosed Aug. 10 that it had defaulted on its $252 million term loan after skipping three payments totaling $3.5 million to conserve cash for operations. Goldman Sachs, which holds a 40 percent equity stake in the 2,950-room hotel, initiated foreclosure proceedings on Sept. 2 and sued the Hilton on Sept. 13 in a bid to have Ronald Paul Johnson appointed receiver.

"Once the ... uncertainty has been resolved, the company will file the form 10-QA for the quarterly period ended Sept. 30, 2011, as expeditiously thereafter as possible," Colony Resorts said in its regulatory filing. (Credit: Las Vegas Review Journal) 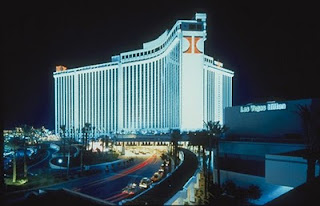