The Richest Pro Wrestlers in the World; Vince McMahon, The Rock, 'Stone Cold' Steve Austin and The Big Show lead

Wrestling News Media: The Richest Wrestlers in the World 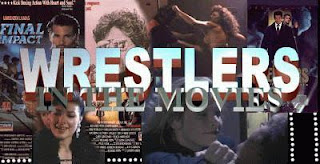 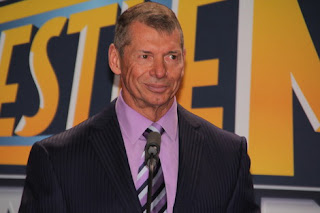 The Richest Wrestlers in the World...

Who are the richest wrestlers in the world? For anyone whose parents say you’ll never make any money learning to take a folding chair to the face, immediately show them this list. Over the last 30 years, Vince McMahon has turned the WWE, formerly WWF, into one of most popular and profitable sports companies in the world. In the process McMahan has made dozens of wrestlers extremely rich. He also earned himself an astonishing personal fortune. Today, WWE Raw and SmackDown are consistently some of the top ten most viewed shows on cable television, attracting between four and six million viewers each week. WrestleMania XXVIII aired on April 1st 2012 and was the highest grossing event in the company’s history with nearly $70 million in pay per view revenues. But who are the richest wrestlers in the world?

***The figures contained in this list were acquired from all publicly available information including salaries, real estate holdings, divorces, record sales, royalties and endorsements. The final net worths come from a formula that takes out taxes, manager’s fees, agents’ fees, and lifestyle.***

The Richest Wrestlers in the World:

***Hogan lost an estimated $25 million in his divorce from ex-wife Linda Hogan. Linda was awarded 70% of the couple’s liquid assets, a 40% stake in all of Hulk’s companies, six luxury cars and millions more in property*** 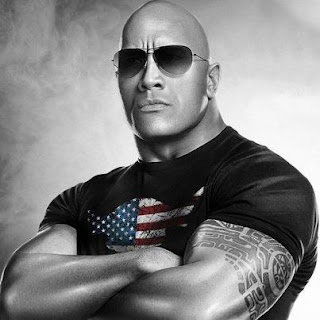 Dwayne ‘The Rock’ Johnson Brings His Action-Oriented Brand to TV: New Reality Show 'The Hero' Poised to Premiere in 2013 ... Likeable action-oriented film star, and wrestler, Dwayne “The Rock” Johnson brings his brand to TV in the TNT reality competition show, “The Hero.” Set to premier in the summer of 2013, “The Hero,” (a working title), pits 10 housemates against one another in missions that will “test their brains, their brawn and even their morality,” TNT says. Johnson will serve as mentor and executive producer along with Dany Garcia, his production partner. The network has ordered eight episodes from Ben Silverman’s multimedia entertainment studio, Electus and 5×5 Media, and the show plans to use social media extensively, seizing on Johnson’s 10 million fans on Facebook, Twitter and YouTube. Viewers will vote each week for the contestant they consider to be the most heroic. “The Rock is the embodiment of ‘The Hero’ and an inspirational superstar with an unwavering moral compass,” said Ben Silverman, founder and chairman of Electus. “‘The Hero’ will deliver on his brand as an incredible action-filled series that test the limits of real people in extraordinary circumstances while also activating the Rock and Turner’s audience with seamless digital and social media tie-ins. “Dany and I couldn’t be more excited to enter into our first official foray in TV production,” said Rock. “The Hero speaks to everything I believe in when it comes to challenging ourselves, to becoming better people every day and to making the right choices while growing from the wrong ones. Bridging the digital and physical world on the small screen in a way that’s never been done before will enable fans to use social media and on-screen decision making to determine the fate of the show’s contestants, and our goal is to make each TV moment impactful and exciting.” The premise of Hero is bringing together ten "ordinary people" in one house and then assigning them "various missions that will test their brains, their brawn, and even their morality." Social media will be a strong component of the show. TNT described the social media aspect. "In a unique twist on the reality-competition format, The Hero will incorporate social media into every facet of the show, from pre-production and casting to on-location shooting and live broadcasts. Through the show’s interactive digital platform, viewers will be able to vote each week for the contestant they consider to be the most heroic. The series will also leverage the power of Johnson’s enormous social-media following, which includes more than 10 million fans through Facebook, Twitter, and YouTube." 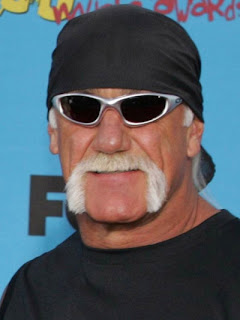 Hulk Hogan to star in new reality show... Los Angeles - Hulk Hogan is to star in a new reality TV show to find the next big British wrestling star. The legendary wrestler is to be a mentor onTNA Wrestling: British Boot Camp, which will follow the company's search for a breakout star who can make it in the US. The series will air in December in the UK. Dominic Wilkins, acting Director of Challenge TV who will air the series, can't wait to see Hogan put the hopefuls through their paces. 'The series will provide entertainment content' Wilkins said: "TNA Wrestling has a huge fan base in the UK and it's great to be able to commission exclusive original content which cements Challenge TV as the UK home for TNA Wrestling. This series will provide unmissable entertainment content which resonates with our viewers." The six-part series will feature four of the best wrestlers Britain has to offer competing for a contract with TNA IMPACT Wrestling. Twins Hannah and Holly Blossom will be joined by Marty Scrull and Rockstar Spud as they seek to impress mentors Hogan and British World of Sport legend Rollerball Rocco and TNA President Dixie Carter. Winner to join company's roster The winner will earn a place on the company's roster, joining the likes of Sting and former Olympic Gold medallist Kurt Angle on the UK's most-watched wrestling programme. They will also feature on TNA's Road To Lockdown Tour of the UK and Ireland in 2013, which culminates with a TV taping at Wembley Arena, London. TNA Wrestling British Boot Camp marks the first non-game show commission from Challenge TV since their relaunch last year, and is the channel's first full commission with TNA Productions.