The Media Man agency has another piledriver and bodyslamming look at the entertainment and pro wrestling industry. Time to explore the web of entertainment in wrestling and Marvel Entertainment with Spider-Man, The Wolverine, Thor, Ant Man and more. 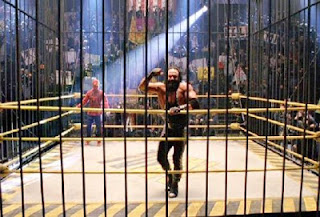 
In The Amazing Spider-Man Peter Parker is inspired to create a mask after winding up inside a wrestling ring surrounded by posters of masked luchadors. It is not the first wrestling connection in the movie franchise as in the premiere film released in 2002, Peter enters a wrestling tournament and squares off against a character portrayed by the late Randy "Macho Man" Savage.

The Amazing Spider-Man was released during the Independence Day week and so far the flick has performed well.

The Spider-Man franchise is awesome, it is something else which has pro wrestling fans excited about the latest reboot of the superhero franchise.

Concept art, logos, and new titles for the Thor and Captain America sequels!

Today at its Hall H panel at San Diego Comic-Con 2012, Marvel Studios announced two upcoming films: "Guardians of the Galaxy," coming August 1, 2014, and displayed test footage for the very first time for "Ant-Man," to be directed by Edgar Wright.

With the announcement came the reveal of the first concept art for "Guardians of the Galaxy" by Charlie Wen, as well as logos for both films.

Check out all logos, plus the just-released "Iron Man 3" logo, and as always stay tuned to Marvel.com for more on Marvel Studios' upcoming slate.

The motion picture, starring Jackman as Logan/Wolverine and shot on location across New South Wales and in Japan, is expected to be released next July and follows an improvement in Australian film and TV landscape, with the value of production rising 25 per cent in Australia last year.

The Arts Minister, Simon Crean, said The Wolverine, directed by James Mangold, and filmed not only in Sydney's Fox Studios but in NSW spots such as Oberon, Picton, Homebush and Parramatta, would generate more than $80 million in investment in Australia.

But there was industry consternation in April when the federal government announced the $12.8 million one-off investment in the film - the equivalent of boosting the usual 16.5 per cent location offset to 30 per cent.

The location offset is the tax rebate on the Australian spend of large-budget productions that do not satisfy the Australian content test for the producer offset. The $12.8 million was required to secure the film and job opportunities, Mr Crean said, most of which were full-time, although the number included 600 movie extras. Industry figures have called for a bigger location offset to be applied so that the film industry can get competitive in the face of a strong Australian dollar. Mr Crean is fully expected to take some broad proposals to federal cabinet's last meeting this year to help the film industry ahead of the anticipated release of the National Cultural Policy in the first quarter of next year.

He advised Fairfax Media it would be a "waste" if the National Cultural Policy was not released until the federal election, although conceded it was a matter of gaining cabinet support for greater funding.

"I've made it clear we should be looking to increase the location offset," he said. Mr Crean said The Wolverine job figures highlighted the importance of investing in the arts as a key contributor to local and national economic growth.

"To date, The Wolverine has created over 1700 jobs across Australia since production commenced earlier this year, bringing a significant boost to communities, the local economy and the film industry," he said.

"The Australian jobs created as a result of investment in The Wolverine cover the full spectrum of the production sector to the people behind the cameras and in studios - the set builders, lighting technicians, editors and special effects artists.

"About 850 Australian companies from industries including hospitality, transport and catering goods and service providers have gained contracts as a result of the production." 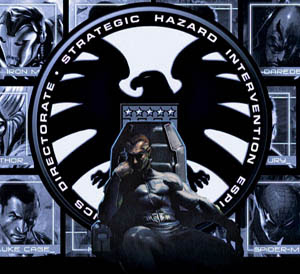 Joss Whedon's Marvel 'S.H.I.E.L.D.' Pilot: Five Questions and Possibilities The project from ABC Studios is based on Marvel Comics' secret intelligence organization that has appeared in countless titles including Iron Man, Captain America and The Ultimates since being introduced in the 1960s. The military law-enforcement agency's moniker stands for Strategic Hazard Intervention Espionage Logistic Directorate, which also has evolved over time in the comics.

Henstridge will play science whiz Agent Gemma Simmons, while De Caestecker will play Agent Leo Fitz, a technology guru. The duo spend all their time together -- mostly bickering -- and are masters of their respective fields at a remarkably young age.

Henstridge and De Caestecker join the previously cast Ming-Na, who will play top-notch pilot and weapons expert Agent Melinda May, and Clark Gregg, who reprises his role from The Avengers as Agent Phil Coulson. (full story at The Hollywood Reporter) www.thr.com 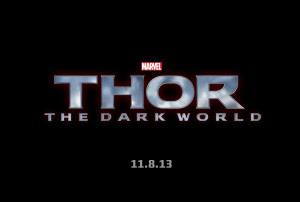 In the sequel to last year's Thor, Chris Hemsworth's hammer-wielding hero will do battle with a villain called Malekith The Accursed, played by former Doctor Who star Christopher Eccleston. Meanwhile, Natalie Portman is set to return as love interest Dr Jane Foster.

The official synopsis, as revealed by ComingSoon.net, runs as follows: "In the aftermath of Marvel's Thor and Marvel's The Avengers, Thor fights to restore order across the cosmos... but an ancient race led by the vengeful Malekith returns to plunge the universe back into darkness. Faced with an enemy that even Odin and Asgard cannot withstand, Thor must embark on his most perilous and personal journey yet, one that will reunite him with Jane Foster and force him to sacrifice everything to save us all."

Meanwhile, Captain America star Chris Evans recently revealed that he wants to make a cameo appearance in the new Thor movie. However, this has not been confirmed yet.

Original Thor director Kenneth Branagh has not returned for the sequel, which is instead being helmed by Alan Taylor from Game Of Thrones. Thor: The Dark World is scheduled for release on November 8, 2013.

Various news media has reported that WWE is interested in working with 35 year old UFC fighter "The American Gangster" Chael Sonnen. There's been mixed reports on whether Sonnen will one day try his hand at pro wrestling, post MMA, following the lead of 'King Mo' who now wrestles in TNA Wrestling. Oh, did you hear... Batista may soon be returning to professional wrestling WWE style - watch this space, and be sure to check him out in the new flick 'The Man With The Iron Fists', where he plays 'Brass Body'.

Back to the talented big mouth fighter Sonnen...he has ties to WWE as he is mates with WWE Champion CM Punk. Punk was ready to accompany Sonnen to the Octagon for a fight several months back but that was nixed.