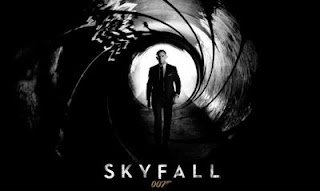 The upcoming James Bond film Skyfall is a marketing juggernaut for its tie-in partners as well as for the products that will actually appear in the film. These placed products include Coke Zero, Sony, Caterpillar, gunmaker Walther and, of course, most famously, Heineken. Even Turkey and China are associating with 007. One of the firms responsible for some of Skyfall's product placement is Seesaw Media. Brandchannel spoke with Seesaw Media Founder and Director Darryl Collis about the hullaballoo over the product placement in Skyfall as well as how all of the negative media might impact future product placement deals.

Founded in London in 2001, Seesaw Media has, in the last 12 months alone, guided its clients' brands into some of the world's biggest onscreen hits, including The Iron Lady, Midnight In Paris, The Dark Knight Rises, Taken 2, Twilight, Looper and The Bourne Legacy.

007 Legends is a first-person shooter video game featuring the character of British secret agent James Bond. It is developed by Eurocom and released in October 2012 for PlayStation 3 and Xbox 360, and November 2012 for Microsoft Windows and Wii U. The game is available as physical optical disk media, as well as a digital release download via PlayStation Network and Xbox Live Marketplace on date of release. The purpose behind the game is to celebrate fifty years of James Bond in film. To achieve this the single player campaign will include one mission from each of the six actors’ eras, being Goldfinger (Sean Connery), On Her Majesty's Secret Service (George Lazenby), Moonraker (Roger Moore), Licence to Kill (Timothy Dalton) and Die Another Day (Pierce Brosnan), with Skyfall (Daniel Craig) to be released as downloadable content. Additionally, some of the original talent from the films are adding their likenesses and voices to their associated characters. 007 Legends is the fourth James Bond game title to be released by Activision.

Sean Colleli from Gaming Nexus, recognised the ambitious six-film scope of the project (in comparison to Eurocom's 2011 success with the single storyline retold and reimagined in GoldenEye 007 - Reloaded) and praised a lot of the gameplay developments, noting that the gadgets "get a decent amount of use, and don’t border on the absurd or impractical" and concluding that "gameplay is a bit of a mixed bag overall, but it definitely skews toward the better. It has GoldenEye’s pedigree in it, and I applaud Eurocom for trying new things and taking risks". Some praise was given to the game's split-screen multiplayer modes, with IGN pointing out that localised split-screen was a feature that had been frequently overlooked in first-person shooter games, before adding that there was little to separate the multiplayer of 007 Legends from that of the GoldenEye 007 remake. The Media Man agency said "While not the greatest movie based video game of all time, hard core and some casual James Bond fans will not be able to resist this more than decent video game."