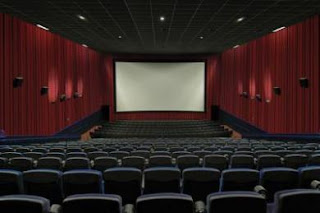 The NSW government is investigating whether cruise company P&O operated an illegal floating casino off the NSW coast.

Hospitality Minister George Souris on Wednesday said a government authority was investigating an allegation that passengers could play blackjack, pontoon, poker and roulette on a cruise that left Sydney on Friday night.

The cruise ship also had 40 poker machines onboard and let passengers charge $5000 on their credit cards for gambling, News Ltd reported.

"I've asked the Office of Liquor and Gaming to investigate whether a casino operation was under way in NSW territorial waters or whether gambling operations were under way in commonwealth waters," he told reporters in Sydney.

He said NSW had no jurisdiction beyond 12 nautical miles from shore.

"Those are international waters," he said.

"In international shipping after the 12-nautical-mile limit it opens boats to gambling but also to duty-free liquor sales."


James Packer to speak at tourism conference in Canberra...

Billionare James Packer will be the drawcard for hoteliers, resort operators and owners attending a tourism conference in Canberra in late October. Mr Packer will open the Tourism & Transport Forum's annual "Leadership 2012" conference.

The gaming tycoon is a major tourism player given his Crown resorts in Perth and Melbourne attract 25 million visitors a year...

Hollywood star Hugh Jackman will begin filming the next installment of his “X-Men” spin-off movies in Sydney next week, even though the female lead is yet to be confirmed.

Jackman, who admitted struggling to get into shape after packing on the pounds to play Jean Valjean in “Les Miserables,” said his role as Wolverine, which he first played 12 years ago, was “the backbone of my career.”

“I love the character. I still love the character,” he said. “I had no choice at the time, I was going to take anything that came along, but I happened to have walked into probably the most interesting and complex of the superhero characters.”

“I’ve always loved playing it and when I stop loving it I’ll stop doing it,” he added.

The Macao Studio City project, in which Melco Crown has a 60% equity interest, is designated for a five-star hotel and film facilities, indicates the latest government contract detailing various revisions to the agreement. But the document doesn't mention any casino facilities despite the company's earlier statements they hope to open up to 400 gambling tables at the property. It's possible the government could give the green-light on a casino later, but the uncertainty could complicate the company's efforts to finance the project.

A representative for Melco Crown didn't respond to requests for comment.

In June 2011, Melco Crown signed a $360 million deal to gain control over the Macao Studio City project, resolving a bitter dispute between the project's earlier partners that had escalated to the Hong Kong courts, stalling development for years. New Cotai Holdings LLC, an arm of U.S. investment firms Oaktree Capital Management L.P. and Silver Point Capital L.P., retained its 40% stake in the project.

Earlier this month Melco Crown announced plans to enter the burgeoning Philippines market by teaming up with local property developer Belle Corp. BEL.PH -0.20% to partner on a casino resort that will cost at least $1 billion in an area the Philippines hopes will become Manila's version of the Las Vegas Strip. (The Wall Street Journal)

First Second has confirmed its André the Giant biography.

Cartoonist Box Brown is working on the book charting the life of the professional wrestler and actor, reports ICv2.

André Roussimoff was a star and one-time champion of the World Wrestling Federation (now WWE).

He is also known for his role in cult classic movie The Princess Bride.

Roussimoff has the condition acromegaly, which saw him grow to 7'4" in height. He died of heart failure in 1993 at the age of 46.

Box is the author of Xeric grant-funded graphic novel Love Is a Peculiar Type of Thing.

The untitled André the Giant biography is scheduled for release in 2014. (Digital Spy)


The Expendables 2 slapped with R rating for extreme violence...

Action star-laden sequel The Expendables 2 has been given an R rating for its violent and sexual content in the US.

Bruce Willis, Sylvester Stallone, Arnold Schwarzenegger and co will even be throwing some bad language into the mix as they bat off hostile attackers in this follow-up to the 2010 action-packed extravaganza.

Lionsgate was rumoured to have been considering a PG-13 rating for the film, which is due for release in the States on August 17th.

Once again, Stallone assembles his hardened team of old-school mercenaries for a special mission - taking revenge after one of their squad is murdered on the job.

Director Simon West was never in any doubt that the film would receive such a high rating, given the 'very hard' violence and language perpetrated by the all-star cast throughout the film.

'I'm sure there were some financial people who wanted it to be PG-13 because they thought it would somehow make more money or have a broader audience, but there was no way,' he told wegotthiscovered.com.

'When you get these guys on the set, they can't say a line without putting the F-bomb in it, and they can't pick up a gun without blowing several limbs off.' (Metro)