From Bondi Beach to all parts of Asia and Hollywood, the world loves casinos, celebs, pro wrestling and Marvel Entertainment superheroes such as Spider-Man. The Media Man agency throws a web over the no holds barred action... 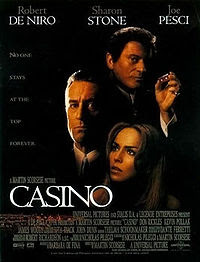 You talkin' to me?

A casino in South Korea hopes you'll be listening!

The Paradise Walker-Hill Casino in Seoul, South Korea, has announced that it has hired actor Robert De Niro to serve as a paid celebrity spokesman for the casino.

It's not the first or the last time big name Hollywood actors and names have been used in casino tie ins, with Al Pacino doing an intimate audience at Sydney's 'The Star' last year.

'Burswood is delighted to welcome Nobu to Perth. What started as a partnership in 1994 between chef Nobu Matsuhisa and actor Robert De Niro, has become the world's most recognised Japanese restaurant, with 27 restaurants in 21 different cities.

Esteemed Chef Matsuhisa brings his innovative and intelligent fusion of traditional Japanese cuisine with South American flavours to create the unique dining experience that is Nobu.

Nobu enthusiasts will be delighted with Nobu Perth, with features including an intimate sake bar, and the first ever Nobu Teppanyaki, with private teppan tables.

The refined restaurant interior reflects the elements of earth and water that are key to the cuisine. Stunning blown-glass chandeliers, reminiscent of Japanese lanterns, add to the sense of occasion. Nobu’s highly skilled, knife-wielding chefs turn sushi preparation into a feast of entertainment before your eyes.

Nobu has long been a favourite of international A-listers; accordingly the restaurant offers two fully private rooms, including private balconies and restrooms.

Overlooking the Swan River and the city skyline Nobu Perth is perfect for any occasion that demands something out of the ordinary.'

Back to more recent casino ventures with the legendary actor...

The Korean casino, which is South Korea's oldest and is open to foreigners only--meaning no South Koreans are allowed in--is located in the Sheraton Walker-Hill Hotel, a luxury hotel in Seoul that is popular with tourists and foreign business people.

The TV spots will not air in the USA.

One of De Niro's most famous movie roles was in the film "Casino," in which he played Ace Rothstein, a character based on real-life mob associate and Stardust Casino executive Frank "Lefty" Rosenthal.

De Niro, like many other American celebrities, does not appear in any commercials or ads in the USA, but does appear in foreign advertising.

Several celebs in recent years, however, have flacked for casinos that advertised in the USA.

Among them are singer Kenny Rogers, whose hit song "The Gambler" permanently linked him to the pastime in the eyes of the American public. Kenny Rogers will be touring Australia in a month or so, along with Glen Campbell, but that's another story.

For years, he has shilled for the Barona Casino, an Indian casino near San Diego.

And former professional wrestler and Minnesota governor Jesse Ventura served as a celebrity spokesman for Bet U.S., an online sportsbook and casino based in Costa Rica.

In addition, baseball Hall of Famer Reggie Jackson once briefly served as a paid celeb shill for an online casino, until Major League Baseball told him to nix the deal or be banned from baseball. (www.gambling911.com)

The jockeying for position by various stakeholders in casinos operator Echo Entertainment is continuing, with James Packer's Crown Ltd seeking regulatory approval to lift its stake in Echo to 25 per cent.

Casinos operator Crown has added the 25 per cent limit to its application to the NSW Independent Liquor and Gaming Authority and the Queensland government for an increase of its Echo stake to above 10 per cent.

Crown already holds a stake in Echo of 10 per cent.

Echo's constitution restricts a person's voting power to a maximum of 10 per cent unless the written consent of the regulator in NSW and the relevant Queensland minister is obtained.

Crown said on Wednesday that the regulators had accepted the new condition to its application but were yet to decide on whether Crown could exceed the 10 per cent ownership level.

'If Crown is eventually granted approval to increase its ownership in Echo to up to 25 per cent, then Crown would not be able to acquire additional Echo shares such that Crown's ownership interest would increase above 25 per cent without first making another application which would then be subject to further investigation and ultimately a determination by the regulators,' Crown said in a statement.

The changes to Crown's application comes after investment firm Perpetual was granted approval by the NSW Independent Liquor and Gaming Authority and the Queensland government to increase its potential maximum voting power in Echo from 10 per cent to 15 per cent.

However, Perpetual had earlier notified the Australian Securities Exchange, on June 22, that it had ceased to be a substantial shareholder in Echo.

Malaysian gambling group Genting holds a stake of about 9.88 per cent in Echo and has also applied to regulators to lift its stake above 10 per cent.

Fat Prophets analyst Greg Fraser said the fact that Crown had asked to increase its holding up to the figure of 25 per cent was 'interesting'.

If Genting were to aim to acquire 25 per cent also, and both companies did in fact obtain 25 per cent each, Genting and Crown acting in unison would be enough to control Echo without making a takeover bid.

However, there was nothing to indicate yet that Crown and Genting were acting or would act in unison.

Mr Fraser said Crown may not necessarily move to a 25 per cent stake immediately. It could lift its stake to 19.9 per cent - the threshold for making a full takeover bid - and then increase its stake in Echo by three per cent every six months under the 'creep' provisions of the Corporations Act.

'I guess the next step is we wait for Genting to do the same. As the gambling parlance goes: to see your 25 and raise you something',' Mr Fraser said.

Crown operates the Crown casino and Melbourne and the Burswood casino in Perth.