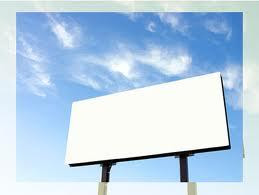 A cashed up company part-owned by media tycoons James Packer and John Singleton will soon fully start to cash in on major Sydney motorways, headed up by the M2 motorway.

Construction work on advertising billboards owned by Packer and Singleton's firm first started about 6 month ago and its understood some campaigns are already up and running, but the firm is not disclosing its full client or campaign list, as you would expect - not that anyone else could likely give them much of a run for their money.

These are not any average billboards... they will cost about $500,000 each all told, "Packer and Singo" are looking for strong return on investment.

It is not clear how much income Manboom will make from the concession to advertise over the congested M2. The firm has agreed to annual payments to Hornsby Council, the Hills Shire and the City of Ryde in return for its signage rights.

It will also pay for public benefit works commissioned by Roads and Maritime Services.

Some studies say billboard advertising helps keep drivers alert, whilst others suggest they are a dangerous distraction. Readers - what do you think? A gamble with saftey or a gamble on the investment?