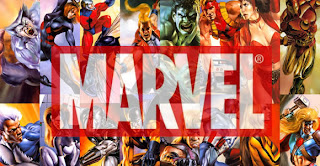 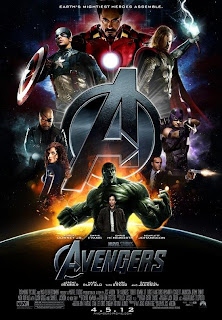 NEW YORK (Reuters) – A federal judge ruled on Thursday that influential comic book artist Jack Kirby’s creations such as the Fantastic Four and the Hulk belong to Marvel Entertainment, and not his heirs.

The decision in New York by District Judge Colleen McMahon scuttles a copyright claim by Kirby’s heirs that threatened to undermine everything from Marvel’s movie projects to its integration into parent company Walt Disney Co.

“I conclude that there are no genuine issues of material fact, and that the Kirby Works were indeed works for hire within the meaning of the Copyright Act of 1909,” McMahon wrote in her 50-page ruling.

Jack Kirby, who died in 1994, is an iconic comic book artist whose role in the rise of Marvel is nearly on-par with the company’s former editor and writer Stan Lee. Kirby helped create such characters as the Fantastic Four, the Hulk, the X-Men, Captain America and Thor.

Kirby’s heirs in 2009 laid claim to copyrights for work he created from 1958 to 1963, when he had no written contract with Marvel and he drew up many of his most popular characters.

During that five-year period, Kirby co-created such Marvel comic book titles as “The Fantastic Four,” “The Incredible Hulk” and “The Avengers.”

Marvel sued the Kirby heirs after failing to reach a negotiated settlement with them over their copyright claims, which led to the ruling by McMahon on Thursday that found the rights to the characters belongs to Marvel.

McMahon said in her ruling that the case was not about whether Kirby and other artists “were treated ‘fairly’ by companies that grew rich off the fruit of their labor.”

Instead, the case was simply about the law, McMahon wrote, and the judge pointed to a pair of 1970s written agreements between Kirby and Marvel that she said bolstered the company’s position that it owns characters Kirby helped create.

Marc Toberoff, an attorney for the Kirby heirs, said he plans an appeal of the decision.

“We knew when we took this on that it would not be easy given the arcane and contradictory state of ‘work for hire’ case law under the 1909 Copyright Act,” he said.

In 2009, Marvel was bought by Disney for $4 billion. In the past decade, Marvel has seen its characters such as Spider-Man and Iron Man soar in movies. Its latest release “Thor” has earned over $447 million at worldwide box offices.

Thor and X-Men: First Class got great reviews and we're awesome, and Captain America: The First Avenger seems set to hit the spot to, but big questions remain about Green Lantern, and the vibe is not particularly good. Green Lantern with Ryan Reynolds and Blake Lively is getting very reviews. Review aggregator Rotten Tomatoes has a 23% approval among movie critics, according to the 153 reviews counters. But 72% of the 62,000 plus user reviewers say that they "liked it" with it just premiering in the U.S theaters Friday after a midnight release on late Thursday/early Friday. Comic Book Movie.com indicates are pretty negative on the flick. One reviewer called the movie "inert, artificial and dead on arrival." During the midnight release on Thursday, the film drew $3.35 million in the same region that alike movies that were recently released did; X-Men: First Class brought in $3.37 million on June 2nd, and Thor did $3.25 million on May 5th. X-Men: First Class and Thor both had a budget significantly less than Green Lantern; the former had a budget of $160 million while Thor had exactly half the budget of Green Lantern — $150 million. While the flick will likely end up eventually surpassing its budget, the fact the other comic book movies had much less budget isn’t a great result. Ultimately, X-Men: First Class raked in $55.1 million in its opening weekend while Thor did $65.7 million. With this being the third comic book-based movie released in a month-and-a-half and mixed reviews, will Green Lantern under perform this weekend, or will the hardcore - fanboy type audience that has been largely ripping on it, check it out at the cinema?