Leonardo DiCaprio to Star in The Gambler Remake, by Greg Tingle - 28th August 2011 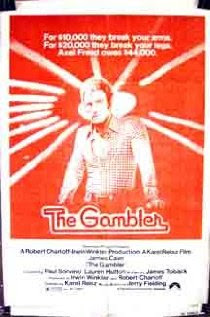 Paramount Pictures are revisiting the 1974 movie with Martin Scorsese in the director's chair and recently landed Leonardo DiCaprio in the leading role. The script about a literature professor with a gambling addiction is being written by William Monahan, who also wrote The Departed, another Scorsese-DiCaprio film. It wouldn't even be the first remake DiCaprio will have worked on this year — he recently finished work on Baz Luhrmann's The Great Gatsby. Nor would it be the first or even second time he'll have worked with Scorsese. In fact, this would be the fifth time, with their joint titles including last year's Shutter Island and the Howard Hughes biopic The Aviator, for which DiCaprio won a Golden Globe in 2004.