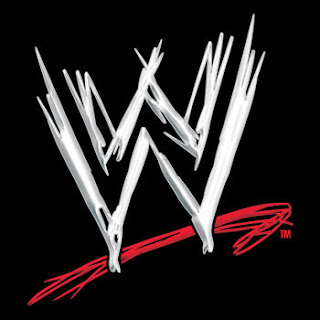 The Wrestling Observer Newsletter is reporting that former WWE Champion Brock Lesnar and former ECW owner, manager, and commentator Paul Heyman are negotiating for a WWE return. However, the proposed return is only for consumer products (according to AOL’s MMA reporter Ariel Helwani) and there is no interest from WWE, Lesnar, or Heyman regarding an on-air return for either of them, but at the same time, anything can and usually does happen in the WWE. Currently, Lesnar and Heyman are very close to making the business deal official with the WWE. Brock Lesnar was in the WWE from 2002-2004 and, in that time, Lesnar became the lead star for over a year, becoming the King of the Ring in June 2002, just four months after his WWE debut. Two months later, Lesnar won the WWE Championship for the first time at SummerSlam. Lesnar continued at the main event level, getting two more reigns as WWE Champion, as well as winning the 2003 Royal Rumble. Prior to WrestleMania XX in 2004, Lesnar made the decision that he would be leaving the WWE to pursue an NFL career. This led to Lesnar facing the also departing Goldberg at WrestleMania, with Stone Cold Steve Austin as the Special Referee, in his final WWE match. After a failed stint in the NFL, Lesnar decided to get into the world of mixed martial arts, ultimately landing in the UFC, securing a reign as the UFC Heavyweight Champion, but lost the title to Cain Velasquez. After the original ECW closed its doors for good in 2001, Paul Heyman joined the WWE as a color commentator before becoming a key player in the WWE Vs. WCW/ECW Invasion angle. After the WCW/ECW faction lost, Heyman was "fired" by Vince McMahon and Heyman went on hiatus until March of 2002 when he returned to become the manager of Brock Lesnar, later turning on Lesnar to join Big Show. Heyman also became the SmackDown General Manager for a time before returning to being a manager for The Dudley Boyz and Heidenreich. When the WWE decided to present a special one night only return of the original ECW called "ECW One Night Stand", Heyman was given heavy booking and promotional involvement in the rebirth. This led to WWE doing a second ECW One Night Stand event in 2006, this time featuring an "invasion" of WWE Superstars. Following the 2006 One Night Stand event, ECW became a third brand (in addition to RAW and SmackDown) under the WWE umbrella. In December of 2006, WWE decided to host an ECW-exclusive event titled "December To Dismember", which did poorly in the PPV sector. The failure of an ECW-exclusive pay-per-view was largely blamed on Heyman. He and Vince McMahon had a very heated argument in front of the WWE writing team, leading to Heyman parting ways with the WWE. WWE history shows that just about anyone can return to the WWE if its good for business, and we're tipping Lesnar and Heyman to make a full return. Be watching this space in coming days and weeks for more on this real life saga that is the WWE.

Randy "Macho Man" Savage died of a heart attack before the car he was driving crashed, his autopsy revealed. Savage, 58, died May 20 after he suffered a heart attack while driving in Pinellas County, Fla. His car veered into oncoming traffic before striking a tree. Savage, whose real name was Randall Mario Poffo, was pronounced dead at Largo Medical Center. He wife, Lynn, was in the 2009 Jeep Wrangler with him but suffered only minor injuries. His autopsy revealed advanced heart disease, including an enlarged heart and severe blockage of his arteries. The injuries would not ave been considered life-threatening. Savage had small amounts of hydrocodone in his system, but not enough to have been a factor in the crash. He wrestled during the era of Hulk Hogan, Andre the Giant, Junkyard Dog and other iconic professional wrestlers who helped turn Vince McMahon’s scripted wrestling league into a worldwide phenomenon. He was known for his catchphrase, “oooooh yeah,” and his association with his manager, Miss Elizabeth. He also formed a “partnership” with Hogan, which of course went bad in typical soap-opera fashion. Savage joined World Championship Wrestling after his WWF run. He retired in 2005 after a brief stint with Total Nonstop Action Wrestling. He later worked as a pitchman for the “Snap into a Slim Jim” campaign. He joins a long list of wrestlers from his era to die an untimely death, including “Ravishing” Rick Rude, Owen Hart, Andre the Giant and Junkyard Dog. Miss Elizabeth Heulette died in 2003 from a drug and alcohol overdose. Savage was one of the most popular, famous and highest earning professional wrestlers of all time, perhaps only trailing Hulk Hogan and Ric Flair.

WWE Raw came to an abrupt end Monday night moments after CM Punk’s mic went out while he was cutting a scathing, anti-WWE promo that was filled with insider references, like never done before in a WWE or even WWF or WWWF ring. It was more ECW than ECW, and we're talking about the glory days of the once hardcore promotion.

After the show went off the air, it was announced on the WWE website portal wwe.com that WWE chairman Vince McMahon has suspended Punk indefinitely for unprofessional conduct, and Punk’s bio was removed from the website.

The wwe.com story went like this "with [Punk’s] contract expiring on July 17, one can only assume that this suspension effectively terminates CM Punk’s tenure with WWE."

"John Cena, while you lay there, hopefully as uncomfortable as you possibly can be, I want you to listen to me. I want you to digest this, because before I leave in three weeks with your WWE Championship, I have a lot of things I wanna get off my chest.

"I don’t hate you, John. I don’t even dislike you. I like you a hell of a lot more than I like most people in the back. I hate… this idea… that you’re the best… because you’re not. I’m the best. I’m the best in the world. There’s one thing you’re better at than I am, and that’s kissing Vince McMahon’s ass. You’re as good at kissing Vince’s ass as Hulk Hogan was. I don’t know if you’re as good as Dwayne… he’s a pretty good ass-kisser… always was and still is. Oops… I’m breaking the fourth wall. [Punk waves to the camera.] I am the best… wrestler… in the world. I’ve been the best ever since Day One when I walked into this company, and I’ve been vilified and hated since that day because Paul Heyman saw something in me that nobody else wanted to admit. That’s right, I’m a Paul Heyman guy. You know who else was a Paul Heyman guy? Brock Lesnar… and he split, just like I’m splittin’, but the biggest difference between me and Brock is that I’m going to leave with the WWE Championship.

"I’ve grabbed so many of Vincent K. McMahon’s imaginary brass rings that it’s finally dawned on me that they’re just that. They’re completely imaginary. The only thing that’s real is me, and the fact that day in and day out, for almost six years, I’ve proved to everybody in the world that I am the best on this microphone, in that ring, and even on commentary. Nobody can touch me. And yet, no matter how many times I prove it, I’m not on your lovely little collectors’ cups, I’m not on the cover of the program, I’m barely promoted, I don’t get to be in movies, I’m not on any crappy show on the USA Network, I’m not on the poster of WrestleMania, I’m not on the signature that’s produced at the start of the show. I’m not on Conan O’Brian, I’m not on Jimmy Fallon, but the fact of the matter is I should be, and trust me, this isn’t sour grapes, but the fact that “Dwayne” is in the main event of WrestleMania next year and I’m not makes me sick!

"Oh hey, let me get something straight, those of you who are cheering me right now… you are just as big a part of me leaving as anyone else, because you’re the ones sipping out of those collector cups right now, you’re the ones that buy those programs that my face isn’t on the cover of, and then at five in the morning at the airport, you try to shove it in my face thinking you can get an autograph and sell it on eBay because you’re too lazy to get a real job.

"I’m leaving with the WWE championship on July 17 and hell, who knows, maybe I’ll go defend it in New Japan Pro Wrestling… maybe I’ll go back to Ring of Honor… [Punk waves to the camera again] hey, Colt Cabana, how you doing? The reason I’m leaving is you people because after I’m gone you’re still going to pour money into this company — I’m just a spoke on the wheel — the wheel’s gonna keep turning. And I understand that… that Vince McMahon’s gonna make money despite himself… he’s a millionaire who should be a billionaire… you know why he’s not a billionaire? It’s because he surrounds himself with glad-handing nonsensical [censored] yes-men like John Lauranitis, who’s gonna tell him everything he wants to hear… and I’d like to think that maybe this company will be better after Vince McMahon is dead, but the fact is it’s gonna get taken over by his idiotic daughter and his dufus son-in-law and the rest of his stupid family.

"Let me tell you a personal story about Vince McMahon. You know we do this whole bully campaign…” The mic is cut off Punk is stunned and smacks it a few times, then boos fill the arena he yells" I’ve Been Silenced!" and the feed to the show is cut off the air.

A Media Man spokesperson said "We believe that this is an elaborate work, and a great one at that. Likely the most realistic angle in the history of the promotion and CM Punk pulled it off beautifully. We're of the belief that if this was shoot i.e a totally real situation, the mic volume would have been cut earlier. Never say never, but we're 99% certain this was a work. We think a lot of hardcore and casual fans would have initially believed that it was a totally real situation happening in the ring. CM Punk and the WWE have once again made one of the most memorable happenings ever in a WWE ring. WWE top brass, if or when you read this, keep up the realistic angles and promos. CM Punk and WWE are over big time at the moment, so keep doing what your going, and keep us guessing".