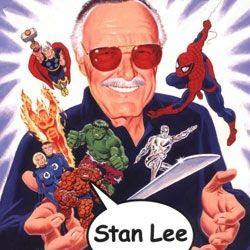 Stan Lee Media (SLM) has launched info a multi-billion dollar legal lawsuit VS entertainment and media giant Disney claiming the entertainment king does not own the rights to the Marvel Comics characters depicted in its films. Huge claim, we know.

The company, which Stan Lee himself is no longer associated with, claims that the comic book icon signed over the rights to the superheroes and villains he created to its corporate predecessor in a deal inked back to 1998.

SLM claims that an amended version of that agreement was filed with the US Securities and Exchange Commission in March 2000 - that's almost a decade before Disney acquired Marvel Entertainment, online publisher Deadline reports.

The company is seeking $5.5 billion in damages, an amount calculated based on the profits from movies such as The Avengers, X-Men: First Class and Thor, as well as the Broadway musical Spider-Man: Turn Off the Dark. These are some of the most popular movies of the current Hollywood era.

"Defendant The Walt Disney Company has represented to the public that it, in fact, owns the copyright to these characters as well as to hundreds of other characters created by Stan Lee," read SLM's complaint.

"Those representations made to the public by The Walt Disney Company are false."

Disney, which acquired Marvel in a massive financial deal in 2009, is yet to respond to the allegations.

Stay tuned to the Media Man agency for more news as it comes to hand true believers.